Create an Account - Increase your productivity, customize your experience, and engage in information you care about.

The Hurricane Pioneer Museum is located in the old Hurricane Library and City Hall building at 35 West State Street. 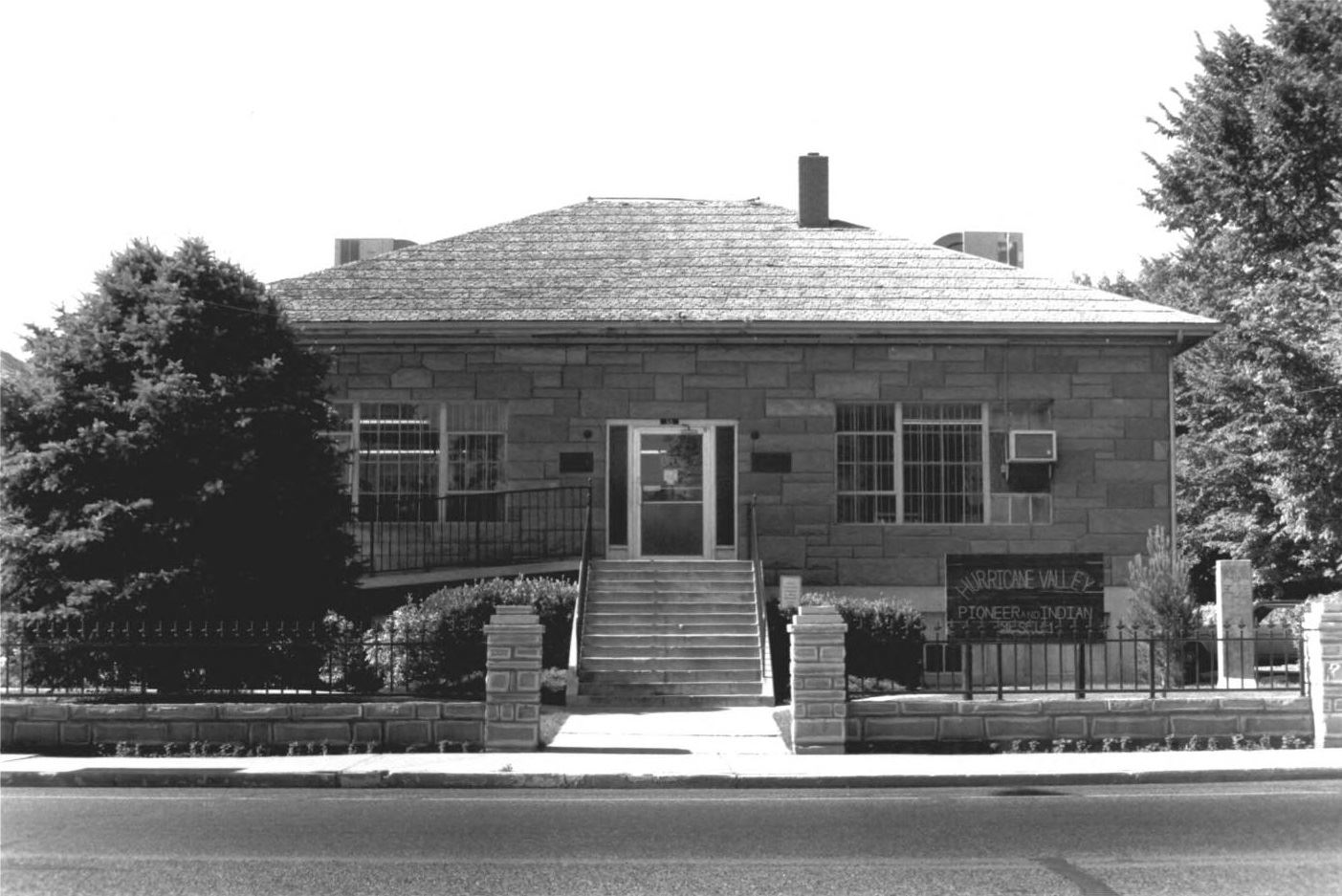 North/Front Side of the Building
(Roger Roper, May 1991) 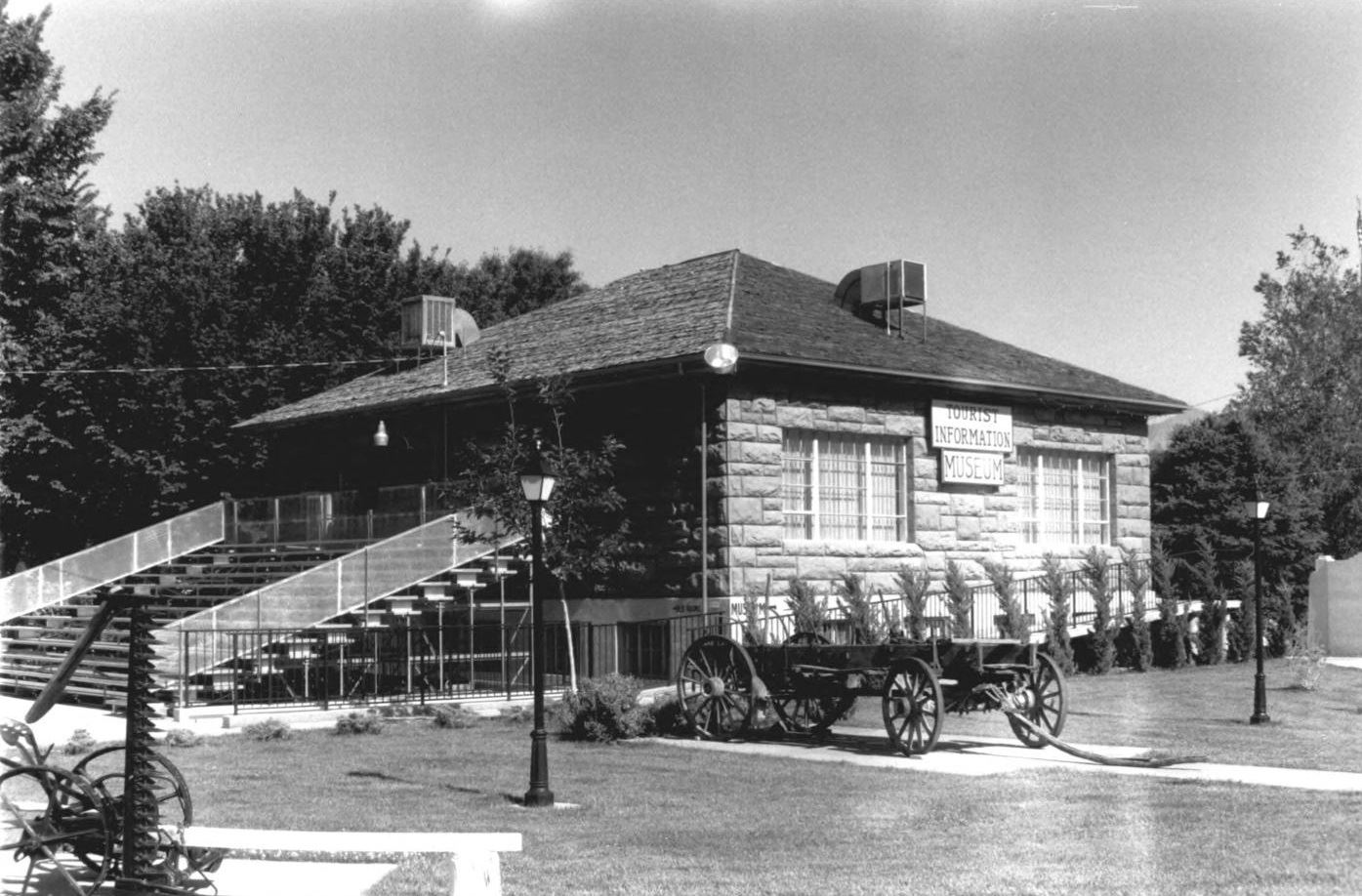 South and East Side of the Building
(Roger Roper, May 1991)

All of the canal builders in the early settlement were members of The Church of Jesus Christ of Latter-Day Saints. In assigning the block to the church and city, they were actually giving it to themselves. In 1932 the deed for the city ownership of a part of the block, was addressed to Bishop Ira Bradshaw, in his dual role as Ward Bishop and City Mayor.

The museum building was part of President Franklin Roosevelt's Works in Progress Administration (W.P.A.) constructed of pink hand-hewn sandstone. Building began in December of 1938, supervised by Harvey Dalton. Local skilled labor, stone masons and others with experience in construction built the structure over a 15 month period. Over a hundred tons of rock was hand-quarried at a location seven miles west of hurricane, near berry springs. This was shaped and laid up by local masons.

The museum building was the home of the Hurricane City library. It was completed in February 1940. The new Washington County, Hurricane branch library building was built in 1985. The Hurricane city office, city police and canal company also occupied part of the building over a period of many years until moving to new quarters in 1986. The city then made the building available to the Hurricane Valley Pioneer Heritage Park Foundation, to develop it as a city museum.